Hi everyone, We currently have an interesting comparison between GPS navigation systems on Android OS!
Together with the friends of Cellulare-magazine.it, we made very complete and detailed test that allows to better understand the differences between this three Navigators, whether equipped with online's maps, or offline ones.

The test was made using three different programs: Sygc, Ndrive, and Google Navigator

on three different android smartphones:Liquid Acer, Motorola Milestone, HTC Magic, trying to highlight the main differences between navigators, and how they performs on different smartphones on the road.

The test will be executed using the same modality on every cellphone:

We chose a path of about 4 to 5 minutes to downtown Milan, which had 2 key characteristics:

To make natural and real the comparison, we added an additional unexpected while driving: a sudden change of direction, to see how long it took to recalculate the route.

Route calculated by the Navigator: 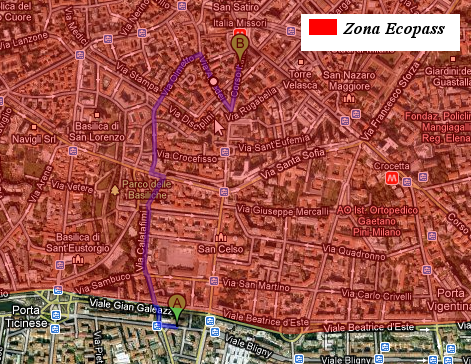 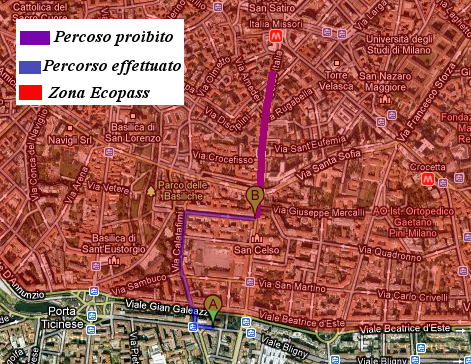 We note that once arrived at the end of “Via Cosimo Del Fante” on the left there is the beginning of the limited traffic zone, which can not be accessed by going to the left, so you can not reach the hypothetical destination,at least not without the circumvent of ZTL area.

Some considerations  before the test:

The HTC Magic (Version Vodafone in Italy) is the oldest one, released in April 2009, mounts an outdated chipsets, Qualcomm MSM7201a, which surely it will penalize the fluidity and speed of the response to various changes of direction along the route, as they are events that certainly requires more use of the CPU;
To try to balance the comparison with other devices we installed the Cyanogen’s ROM, whose key features are lightness, speed and low usage of RAM.
The other two terminals mount platforms much younger, along with a greater amount of RAM, which should help them in managing multitasking (remember that there are 2 applications opened in background), even if the Liquid mounts a CPU that is 218MHz faster than the Milestone, since they use different chipsets, you can not make direct comparisons in favor of Motorola’s, or of the Acer’s, we’ll see during the test how they performs.

The used navigators are:

Obviously, the one that has the greatest price / feature is the Google Navigator 3.2.1, because it’s free, and the fact that you don’t need to pay, even € 1, allows it to be used by those who do not need a navigator connection cost excluded;

However, a counter is that it does not have offline’s maps, this may represent a limitation in all those cases where there isn’t a data connection (either WiFi or HSDPA/3G/Edge), such as who uses a mobile phone only under Wifi, or for trips abroad, where there is no preferential tariff for mobile Internet, we must also check how long can a recalculation of the route take,as we would not like having to stop to wait for the download of new directions at each change of path!

Trying to make a prediction, when installed, Sygic and Ndrive should provide better user experience, mainly for 2 reasons:

But now let’s enjoy the video of the test, after that our considerations:

As it’s clear from the video the journey to make, because of its brevity, was the same on all 3 navigators, but even before we start we saw the first differences between the maturity of various products, from the most immature: