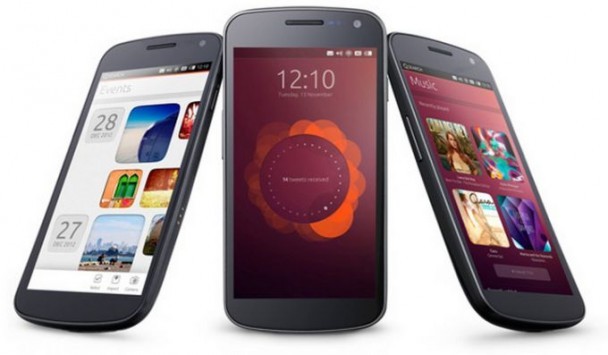 London, 14th February 2013: Images and open source code for the Touch Developer Preview of Ubuntu will be published on Thursday 21st February, supporting the Galaxy Nexus and Nexus 4 smartphones.

They are intended for enthusiasts and developers, to familiarise themselves with Ubuntu’s smartphone experience and develop applications on spare handsets. Tools that manage the flashing of the phone will be available on the same day in the Ubuntu archives, making it easy to keep a device up to date with the latest version of the Touch Developer Preview.

Attendees of Mobile World Congress (MWC) in Barcelona, 25th – 28th February can have their phones flashed to Ubuntu by Canonical team members at the Ubuntu stand, booth number 81D30, App Planet Hall 8.1, where Ubuntu will be shown on a range of devices.

The code release is a milestone in the development program for Ubuntu’s phone experience, and enables developers to port the platform to other devices. “Our platform supports a wide range of screen sizes and resolutions. Developers who have experience bringing up phone environments will find it relatively easy to port Ubuntu to current handsets” said Pat McGowan, who leads the integration effort that produced the images being released. “We look forward to adding support for additional devices for everyday testing and experimentation.”

The install process and supported device list are maintained at wiki.ubuntu.com/TouchInstallProcess and will be updated as new devices are added.

The release also marks the start of a new era for Ubuntu, with true convergence between devices. When complete, the same Ubuntu code will deliver a mobile, tablet, desktop or TV experiences depending on the device it is installed on, or where it is docked. Ubuntu 13.10 (due in October) will include a complete entry-level smartphone experience.

Canonical has published a Preview SDK and App Design Guides to allow developers to create applications for the full range of Ubuntu platforms. The toolkit provides a range of documented templates to enable native applications to be created quickly and easily. The App Design Guides explain how these templates can be used to design and build beautiful and usable apps. Blackberry Touch developers will be familiar with the Qt/QML environment, which supports rich native touch apps. Developers will not need to cross-compile or package applications differently for phone, tablet, PC and TV. One platform serves all four, a single application binary can do the same.

“This release marks the threshold of wider engagement – both with industry and community.” says Mark Shuttleworth, founder of Ubuntu. “For developers, contributors and partners, there is now a coherent experience that warrants attention. The cleanest, most stylish mobile interface around.”

• Go to wiki.ubuntu.com/TouchInstallProcess to download Touch Developer Preview of Ubuntu from Thursday 21st February.
• Go to developer.ubuntu.com to download the SDK to develop applications for Ubuntu.
• Go to http://design.ubuntu.com/apps to read the Apps Design Guide giving advice about designing and building beautiful and usable apps for Ubuntu on the phone.
• Visit Canonical at Mobile World Congress: Booth Number: 81D30, App Planet Hall 8.1.